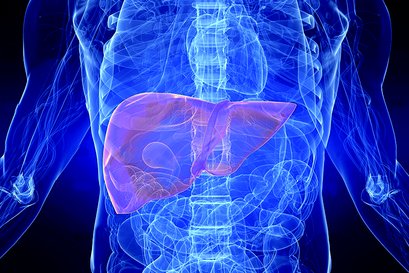 Echinococcus granulosus is the causal agent of human hydatidosis. The adult phase parasites the small intestine of canids (definitive hosts), while the larva affects sheep and cattle (intermediate hosts) and, in a secondary or accidental way, other animals included humans. When the larval phase infects intermediate host, hydatidic cysts develop in their internal organs.

Clinical characteristics: Persons with Cystic echinococcosis often remain asymptomatic until hydatid cysts grow large enough to cause discomfort, pain, nausea, and vomiting. The cysts grow over the course of several years before reaching maturity and the rate at which symptoms appear typically depend on the location of the cyst. The cysts are mainly found in the liver and lungs but can also appear in the brain, eyes, spleen, kidneys, heart, bone, etc. Cyst rupture is most frequently caused by trauma and may cause mild to severe anaphylactic reactions, even death, as a result of the release of cystic fluid.
The intensity of the immune response depends on the location and integrity of the cyst. Cysts in liver and bone are more reactive than those in lung, brain or spleen.

Diagnosis: Imaging techniques such as ultrasound scan or X-ray are the tools usually used to diagnose hydatidosis. However, symptoms of hydatid cyst must be always confirmed by serological assay since it can be confused with other illnesses, including tumours.
Currently, serological confirmation is performed through a combination of several techniques. The most commonly used tests are enzyme-linked immunosorbent assays (IgG-ELISA), indirect hemagglutination (IHA) and latex agglutination (LAT).
There is no specific standardized and highly sensitive serological test; so, in clinical practice the serological results depend on many factors such as quality of the antigen, technique employed, affected organ, number of hydatid cysts and variability of immune responses. Due to variable sensitivity of different tests, many laboratories usually carry out at least two different techniques for their routine diagnosis.