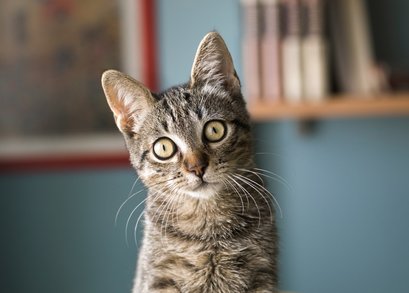 Toxoplasma gondii is an obligate intracellular protozoan parasite that is distributed worldwide. Human can acquire the infection by accidental ingestion of oocysts from cat feces, by ingestion of infected meat, in utero or by transfusion or transmission by organ transplant. Most infections are

Most primary infections produce no symptoms. The time between exposure to the parasite and symptom development is 1 - 2 weeks. The disease can affect the brain, lung, heart, eyes, or liver.

Symptoms in persons with otherwise healthy immune systems are as follows: enlarged lymph nodes in the head and neck, headache, mild illness with fever, similar to mononucleosis, muscle pain and sore throat. Immunosuppressed persons may have the following symptoms: confusion, fever, headache, retinal inflammation that causes blurred vision and seizures.

Diagnosis: The diagnosis of toxoplasmosis is typically made by serologic testing. A test that measures immunoglobulin G (IgG) is used to determine if a person has been infected. If it is necessary to try to estimate the time of infection, which is of particular importance for pregnant women, a test which measures immunoglobulin M (IgM) is also used along with other tests.

Diagnosis can be made by direct observation of the parasite in stained tissue sections, cerebrospinal fluid (CSF), or other biopsy material. These techniques are used less frequently because of the difficulty of obtaining these specimens.

Parasites can also be isolated from blood or other body fluids (for example, CSF) but this process can be difficult and requires considerable time.

Molecular techniques that can detect the parasite's DNA in the amniotic fluid can be useful in cases of possible mother-to-child (congenital) transmission.

Treatment: Those without symptoms typically do not need treatment. Medications to treat the infection include an antimalarial drug and antibiotics. AIDS patients should continue treatment for as long as their immune system is weak to prevent the disease from reactivating. Pregnant women, newborns, and infants can be treated, although the parasite is not eliminated completely.