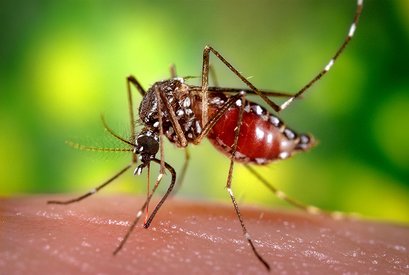 Dengue is the most rapidly spreading mosquito-borne viral disease in the world and in the last 50 years incidence has increased 30-fold, with increasing geographic expansion to new countries. 50 to 100 million cases of dengue infection are reported annually and, according to WHO, approximately 2.5 billion people live in dengue endemic countries.

Dengue virus is a small single-stranded RNA virus comprising four distinct serotypes (DEN-1 to -4). These closely related, but antigenically distinct, serotypes of the genus Flavivirus, are responsible for dengue fever (DF) and dengue hemorrhagic fever (DHF). People can be infected from the bite of an infected Aedes mosquito, which become infected when biting infected humans to later transmit infection to other people. Dengue is, therefore, not contagious from human to human.

DF and DHF are primarily endemic diseases of tropical and subtropical areas including Southeast Asia and China, Africa, India, Middle East, Caribbean, Central and South America, Australia and the South and Central Pacific.

Clinical features: Infections produce a spectrum of clinical illness ranging from a non-specific viral syndrome to severe and fatal hemorrhagic disease. Symptomatic dengue virus infections are grouped into three categories: undifferentiated fever, dengue fever (DF) and dengue haemorrhagic fever (DHF). Clinical manifestations of typical uncomplicated dengue usually includes rash, sudden onset of fever, chills, sever headache, retro-orbital pain, sever joint and muscle pain, nausea and myalgias. Dengue haemorrhagic fever (DHF) includes all of the symptoms of dengue fever plus marked damage to blood and lymph vessels and bleeding from the nose, gums or under the skin. The illness can develop to severe disease and produce shock and plasma leakage with or without haemorrhage. Important risk factors for DFH include the strain of the infecting virus, as well as the age, and especially the prior dengue infection history of the patient.

Treatment: Dengue has a wide spectrum of clinical presentations that includes both severe and non-severe manifestations, often with unpredictable clinical evolution and outcome.

While most patients recover within 2 weeks following a self-limiting non-severe clinical course, a small proportion progress to severe disease. Intravenous rehydration is the therapy of choice. This intervention can reduce the case fatality rate to less than 1% of severe cases. The group progressing from non-severe to severe disease is difficult to define, but this is an important concern since appropriate treatment may prevent these patients from developing more severe clinical conditions.