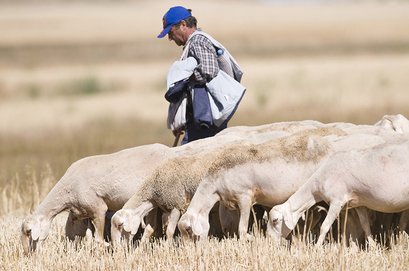 Brucellosis or Malta Fever is an infectious disease caused by the bacteria Brucella, which is primarily passed among animals, and infects cattle (B. abortus), sheeps (B. melitensis), dogs (B. canis) and pigs (B. suis), being thus more prevalent in rural areas. This disease is transmitted to human beings through the consumption of infected, unpasteurized animal-milk products, through direct contact with infected animal parts (such as the placenta by inoculation through ruptures of skin and mucous membranes), and through the inhalation of infected aerosolized particles.

Brucellosis is still common in the Mediterranean region, the Middle East, Central Asia and parts of Latin America. Over the last ten years, the infection has re-emerged, with high prevalence in other countries and, in particular, in Eastern Europe, the Balkans, and Eurasia. Brucella melitensis infection is recognized as a significant public health challenge, with a major economic and financial burden in countries where the disease remains endemic.

B.melitensis is very contagious for humans and the disease, unless diagnosed and treated both promptly and effectively, can become chronic, affecting multiple body systems. However, the brucellosis is designated by WHO as a “neglected” zoonosis. While basic science and epidemiology of human brucellosis is known, it is often under-detected and therefore under-reported despite inflicting a high burden of disease.

Clinical features: Acute brucellosis occurs in 50% of the cases (with similar symptoms to minor flu and undulant fever) and sub acute in the rest. It can affect to any organ or system and produce a wide variety of clinical symptoms. There is not any specific syndrome grouping. The infection can remain subclinical and the only disease evidence will be the increase of the specific antibodies against Brucella. In general, these types of brucellosis are difficult to diagnose due to the absence of specific localization signs.

When the disease appears affecting only one organ or specific system, it is called focal brucellosis. The most frequent forms are ostearticular, neurobrucellosis and also genitourinary and cardiovascular complications.

Diagnosis: The early detection is very important. However, the high variety of clinical manifestations of the human brucellosis makes difficult the diagnosis.
The diagnosis of the illness is based on laboratory testing together with the clinical evaluation of the patient. Cell culture and PCR stand out as direct diagnosis, however, serological diagnosis is, for several reasons the most widely used technology. The most common techniques in the indirect diagnosis are Rose Bengal, Standard Agglutination (SAT), Agglutination test with 2-mercaptoetanol, Coombs’ test, ELISA and Brucellacapt®.

Treatment: A combined antibiotic therapy is recommended for the treatment and prevention of the infection recurrence. In case of complications, a longer course of therapy may be needed.